Today I introduce a new feature in which I offer a rundown and review of popular advertising on television this week.

Below are some of the highlights (as I see them) for new and popular advertisements on television.

Kate Hudson’s Fabletics, a subscription-based active-wear clothing website, continues in heavy rotation with several spots featuring the actress donning samples from their line. Reviews seem to be mixed on this service, but Kate herself looks as good as ever.

As Seen on TV

In the As Seen on TV category, there are two wallets competing for your advertising dollars: Wonder Wallet, which apparently holds large amounts of credit cards without bulking up, and Lock Wallet, which supposedly prevents creepy hackers from skimming your data.

Regarding Wonder Wallet, it does seem to work, albeit larger than your typical wallet. Lock Wallet is one of many recent products which appears to overstate the potential dangers of RFID skimming.

Fast food dominates the food category, although IHOP is also engaged in a high-profile campaign to feature its new – and limited-time – double-dipped french toast.

Arby’s is promoting a loaded Italian sandwich that actually kind of resembles an Italian flag. 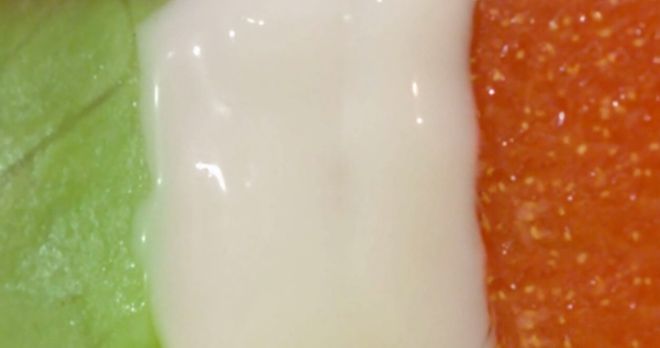 Dairy Queen has perhaps the most heart-warming ad of the week, featuring its “Miracle Treat Day” in which $1 from every Blizzard purchase on July 30 will go toward local Children’s Miracle Network hospitals.

The Sonic guys are featured in a humorous spot in which the men can’t pick their favorite Sonic dog, although the Chicago dog is finally chosen “because it doesn’t get all mouthy at bathtime and it doesn’t repeat everything I say right back to her mother.”

Yet another subscription-based food service is hitting the airwaves, as Nuts.com offers a plan to deliver nuts and other snacks to your door. It appears to be a direct competitor to Graze. We’ll have to see who wins that battle.

Other mainstays with spots in heavy rotation this week are Lay’s, Dannon, and M&M’s.

Tech giants Apple and Microsoft are both hitting the airwaves this week.

Apple Watch has a new spot with a parenthood theme in which people around the world go about their lives while using an Apple Watch. 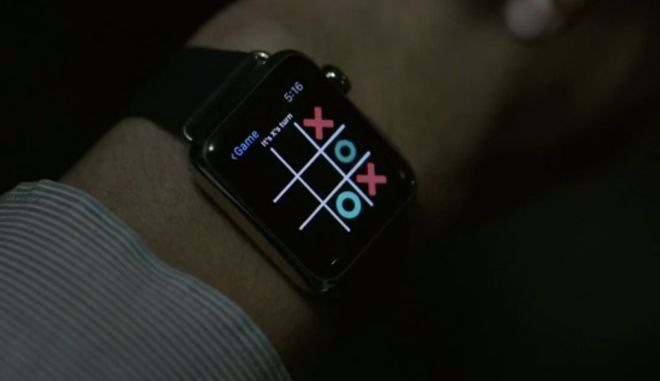 A bored father and child play Tic Tac Toe on an Apple Watch while on an airplane.

Windows 10’s July 29 launch date has been supported by a commercial voiced by Ethan Hawke and features toddlers from around the world. “These kids won’t have to remember passwords or obsess about security. For them, every screen is meant to be touched,” Hawke states.

DirecTV is starting to ramp up advertising for its Sunday Ticket, with a humorous spot featuring Eli Manning, which is a play on Rob Lowe’s previous spots. We see Eli Manning for DirecTV vs Bad Comedian Eli Manning for cable TV. The latter appears in the form of a badly-dressed 1970’s comedian. The two Mannings humorously contrast the differences between the two services. 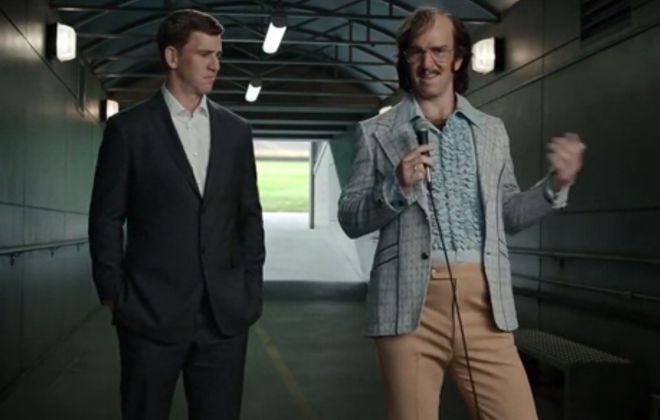 GweeGym appears to be test marketing a new spot for its “compact, portable total fitness solution” on fringe channels such as the Tennis Channel.

Hydroxycut has a new spot which urges viewers to “join the millions of Americans” who have chosen their products over the last 20 years. It mentions Hydroxycut Max for women, but doesn’t mention the new Hydroxycut Hardcore Next Gen, which appears to be new in 2015.

I’m still seeing those Ron Paul advertisements – the ones that seem to have a different number each time. RonPaulMessage5, RonPaulMessage6, RonPaulMessage15, et al… If the advertisement and claims look familiar, that’s because nearly identical to ads which ran in 2011 and 2012 for Stansberry Research – the same company which registered all of these Ron Paul Message domains. Stansberry advertised EndofAmerica domains with different numbers (EndofAmerica58.com, for example) in 2011, and then SecretIncome58.com (and the rest) in 2012. It appears that Stansberry has now enlisted Ron Paul to market their services in 2015. You may want to read up on Stansberry Research in this 2012 evaluation.

Those are the highlights as I see them as of July 28, 2015. I’ll be back again soon with updated commentary on new or highly-visible spots later this week.