Here is a quick update on Tac Glasses - and Red Shift XT - about a month after first trying them out.

It was early September when I finally found a pair of Tac Glasses at a local Walgreens. I had already been keenly aware of this product as it has inundated the airwaves throughout mid-2017. Dare I say it may be the most highly-advertised As Seen on TV product this year?

The commercial is compelling, proclaiming these to be “military-inspired sunglasses” that “block glare and enhance colors.” It also states that they are “light as a feather.” Besides those descriptions of the “toughness” of Tac Glasses, we are also told that they reduce glare, rather than just make things darker like ordinary sunglasses. I picked them up and filmed a video, but after a month I wanted to give you an update.

I call this my “Part 2” review as a written followup to my YouTube video posted in September 2017. As you can see in the video below, I reviewed Tac Glasses as soon as I picked bought them. My initial response was that they weren’t bad, but they didn’t seem extraordinary. I took them out to the desert to see how they performed in the glare of the late afternoon sun and I thought they did pretty well – but again they seemed just like a regular pair of sunglasses.

I showed these to a couple of friends in the military and the consensus is that there are no military sunglasses that actually look like this. One friend pointed out that the reflective mirror-like lens is about as non-tactical as you can get. Nothing gives your location away more than a couple of reflective mirrors on your face. 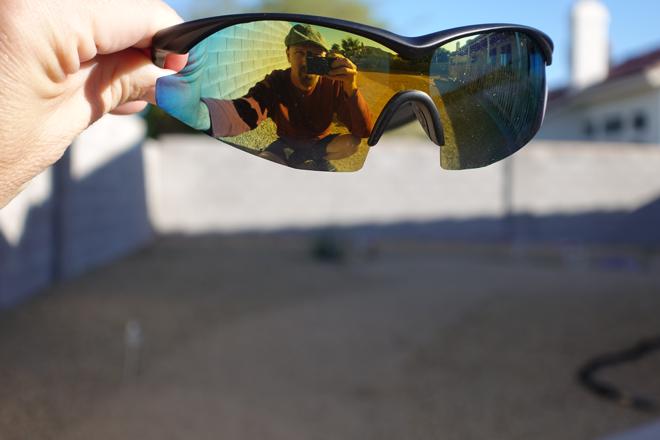 Design-wise, I am not very keen on the “bug-like” look of these glasses, although that’s purely a matter of taste. The lower part of the lens touches my nose and slightly digs into it, which is not a deal-breaker, but it seems like it could have been designed better than that. 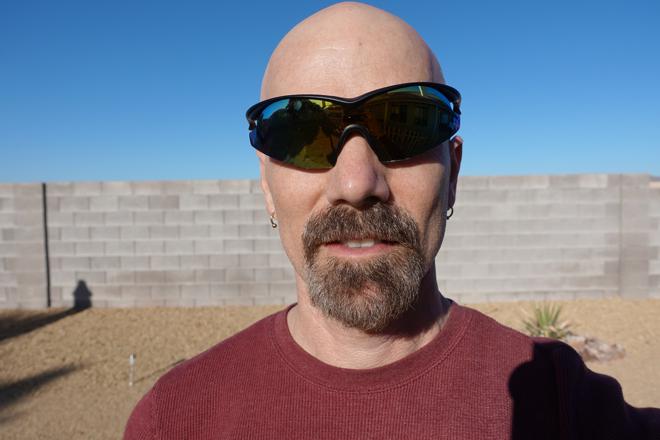 I’m not a fan of the bug-like design.

Not long after my Tac Glasses review, I stumbled across Red Shift XT “Black Ops” at a local Walmart for $14.88. These are advertised similarly to Tac Glasses, but look quite different. Whereas Tac Glasses look pretty much like a regular pair of sunglasses, Red Shift XT looks more like pink-tinted safety glasses. They seem to work on the same premise as those old “Blue Blockers” that reduce blue light in order to enhance clarity.

Unlike Tac Glasses, I felt like Red Shift XT actually enhanced colors (albeit with a pink tint) and seemed to brighten everything while eliminating glare. Thus, for driving, I found Red Shift XT to be far superior to Tac Glasses.

The biggest problem with Red Shift XT is that they are just so… ugly. I accidentally left them on a couple of times after getting out of the car and felt embarrassed when I realized I was wearing them. When I posted images on my Instagram profile, most of the response was poking fun at the way they looked.

Up until now, my two YouTube videos showcase each pair of glasses, along with a short comparison, but I wanted to give an update about how these glasses are holding up since then.

First, I’ll point out that I wear both of these sunglasses almost every day. I leave them in my car, so I alternate wearing them as I drive around Las Vegas. I find it ironic that the advertising for Tac Glasses notes that ordinary glasses just make everything darker, while that’s all Tac Glasses seem to do for me. The benefit from Tac Glasses seem no different than my standard pair of sunglasses. They seem to reduce glare a little. Mostly they just make everything a little darker. I feel that Red Shift XT actually enhances colors and brightens while also reducing glare. Thus, purely as a functional comparison, I have to give the edge to Red Shift XT.

The frames for both glasses seem pretty cheap, and are made entirely of plastic. Red Shift XT has frames that are so large that they feel loose on my head. I don’t know if a smaller person would find these to fit very well. Tac Glasses fit perfectly. I’m not a fan of either design, but I’d say Tac Glasses are probably less embarrassing to wear out in public than Red Shift XT. Thus, for style, I reluctantly give the edge to Tac Glasses. 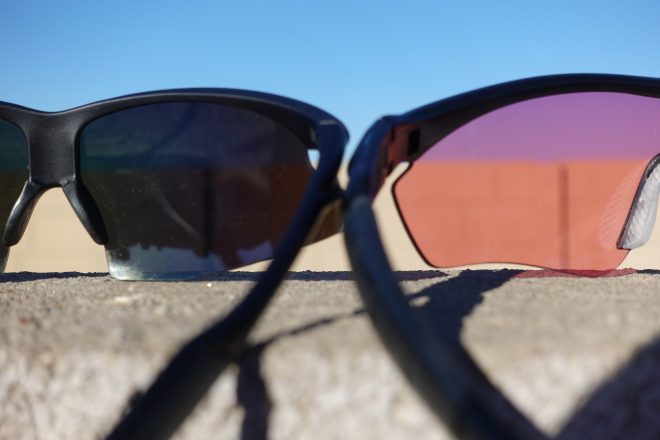 You can see that the Red Shift XT delivers a brighter lens than Tac Glasses. 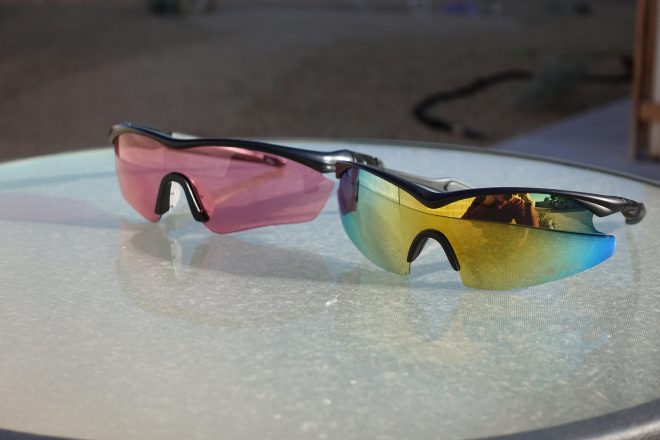 You’ll notice that this product, and many other As See on TV items, sport the Bell+Howell name. This has been quite a selling point for As Seen on TV products in recent years, as Bell+Howell is a reputable name, especially among older consumers. If you have relied on the Bell+Howell reputation to purchase a product advertised on television, I have bad news for you. That name is now freely licensed, meaning that anyone can pay a fee and slap the Bell and Howell name on their product.

Below you can see my reviews of Tac Glasses and Red Shift XT. The latter actually does some comparison of the two glasses.

Red Shift XT has become my go-to pair of driving glasses because they actually seem to make everything pop (in a pink sort of way). Tac Glasses are basically my backup pair of sunglasses, and don’t seem extraordinary to me in any way. I only wish I could get the benefit of Red Shift XT in a pair of As Seen on TV glasses that actually looks good. Maybe in 2018…

There are, however, glasses that do fit the bill now, though not in the As Seen on TV genre. Check out this $19 five-star pair of glasses that seems to compare with both of these glasses, and has solid reviews across the board.