This is how I fixed the "An Error Occurred" problem when trying to upload a pre-made video to Vine in 2016.

I’m only posting this in hopes of helping a few of you who may be ready to bash your heads against a wall because the seemingly simple process of uploading a pre-made video to Vine has become a frustrating mess. Here I’ll break down what I did, and what finally worked.

My task was simple: I wanted to make a nice edited video and upload it to Vine.

I shot the video on an iPhone (actually in Snapchat) and downloaded it to my device. I grabbed it via Dropbox onto my desktop computer and brought it into Sony Movie Studio Platinum 13 (aka Vegas).

Note: The portrait video shot in Shapchat needed to be cropped to square as well. I saw some ridiculously elaborate tutorials on the best way to do this. In the end, the easiest way to square such a short video was to go into the clip’s Event Pan/Crop and select “1:1 Square Aspect Ratio” from the drop-down.

So I edited and output the video, and got it back onto my device via Dropbox. I went into Vine and attempted to upload it and was met with the extremely unhelpful “An Error Occurred.” No explanation or helpful idea on what that error may have been. 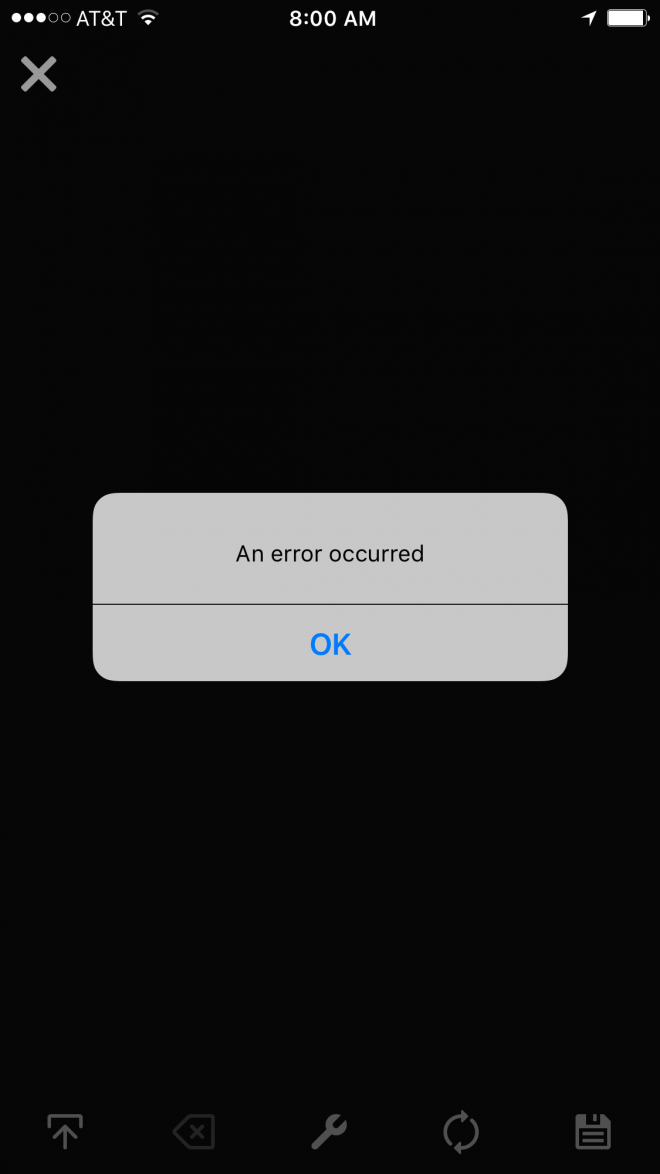 My first thought was that the video file size may have been too large, so I output it again with lower quality settings to reduce the file size, with the same result.

This is when I hit Google, assuming my answer would be a quick search away – but I was wrong. Most of what I found were old posts from 2013 showing you how to hack the old version of Vine which didn’t allow pre-made videos to be uploaded. I wanted something from 2015 or 2016 discussing the problem I was having, but I never really found much. Sure, there were a few recent YouTube videos that were long and horribly unhelpful, but nothing really answered the question of how to address the problem.

It was suggested by commenters on other sites that the resolution of the video should be 640×640. Another person said 480×480. I tried both and neither worked. It was suggested that the file size needed to be under 6 meg. Or 5 meg. Or 1.5 meg. Tried those – none worked. I tried different file types such as mov or mp4 – as well as various render settings.

I tried importing the video into a pan/crop/resize app and re-outputting it (thinking it may output in a format that Vine liked) and that still didn’t work.

After going several pages deep into Google search results with little luck, and outputting about a dozen failed test files, I finally decided that there was something about the format that was wrong – something I was missing on each export.

I did a search for an app or website that would convert a video to native iPhone format. This site (online-convert.com) came up in search results and I decided to give it a shot. I uploaded the video, converted it, and downloaded the result. Surprisingly, it worked.

I’m still not sure which settings were triggering the error in Vine, but the online converter to native iPhone format seemed to do the trick in seconds.

If you’ve had this problem and found a different solution (or if my solution worked for you), please drop me a comment below.